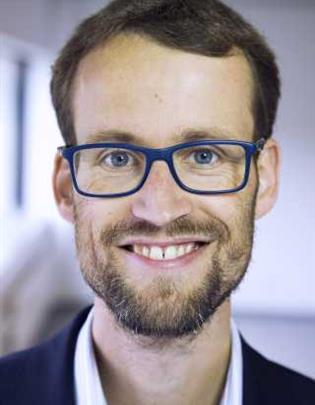 Herman van Brenk is Assistant Professor at Nyenrode’s Center for Accounting, Auditing & Control. His primary research area is auditors’ judgment and decision making. He is involved in research on compensation incentives, personality traits, and group audits. His main method is experimental research, but he also conducts critical research.

Herman received a Master’s of Science in Accountancy (2008) and a PhD (2017) both from Nyenrode Business Universiteit. He is also registered as a certified public accountant in the Netherlands (2011) and worked in auditing practice from 2005 to 2014 for both Big 4 and non–Big 4 accounting firms.

His dissertation was titled ‘Compensation Incentives and Personality Traits: Three Studies on their Joint Effects on Auditor Judgment and Decision Making’. Herman has received the Best Paper Award at the European Auditing Research Network Symposium (2017) for one of his dissertation papers.

Herman has an important role in monitoring the quality of the theses at the Bachelor’s and Master’s levels in the Accountancy program. Further, he is involved in teaching an academic research course and in supervising and examining theses at the Master’s level.