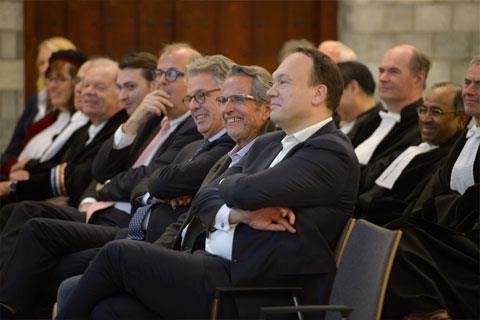 Community |  November 20 2017
On November 20th Nyenrode Business Universiteit celebrated its anniversary, the Dies Natalis. Nyenrode was founded in 1946 by directors of Dutch multinationals. The theme of leadership was the central focus during this 71st Dies celebration. The keynote speaker was Bob Chapman, CEO of multinational Barry Wehmiller, a company with 12,000 employees and a turnover of $3 billion. Chapman gave an inspirational speech about his mission: Truly Human Leadership.

About Nyenrode |  November 16 2017
The Bachelor of Science (BSc) in Business Administration and the part-time BSc in Accountancy at Nyenrode Business Universiteit were rated as the best programs in their category in the ‘Keuzegids Universiteiten 2018’ (selection guide for universities). The BSc in Business Administration even tied for first place in the ranking of all bachelor programs in the Netherlands. 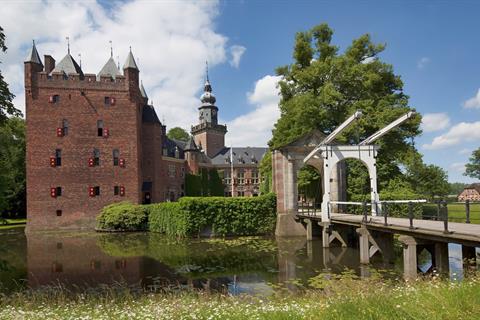 Community |  October 22 2017
This October, we were given the opportunity to represent Nyenrode Business Universiteit at the Youth Day of the 3rd St. Petersburg International Gas Forum. The Youth Day was set in St. Petersburg’s Expoforum and featured a three-day program that was highlighted by a one-day case competition. During the event, we surged into a deep dive in the global natural gas industry. 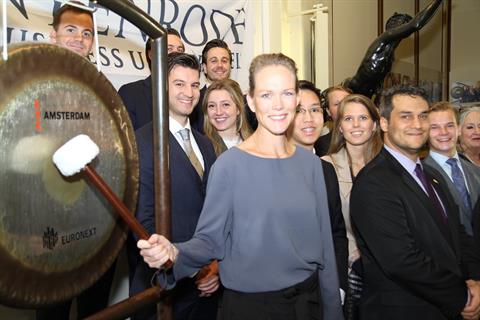 About Nyenrode |  October 20 2017
On October 20th, students from Nyenrode Business Universiteit marked the university’s arrival in Amsterdam by sounding the gong to open the trading day at the AEX. They were accompanied by Jessica Peters-Hondelink, location director of Nyenrode Amsterdam.

Community |  October 12 2017
On Saturday, October 7th, 2017, Nyenrode Fund (Stichting Nyenrode Fonds or SNF) held its annual Thank The Donor Day. The fund organizes this event each year to pay tribute to its donors. Nine students also received the checks for their scholarships, awarded in celebratory fashion by representatives of the donors who made the scholarships possible.