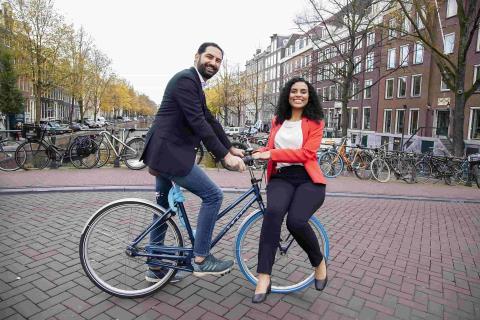 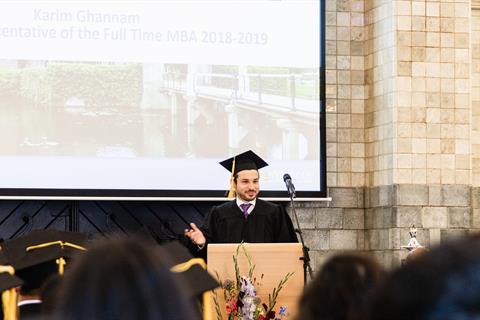 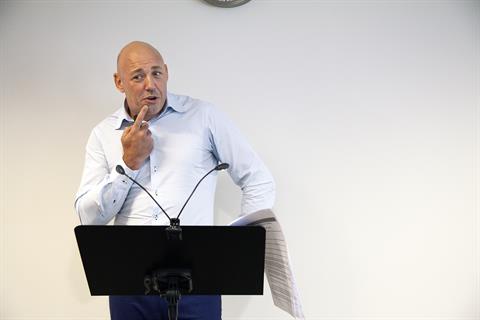 On 27 April, King's Day is celebrated in the Netherlands every year. The 2017-2018 MBA candidates at Nyenrode Business Universiteit had the opportunity to celebrate this special day on a boat in Amsterdam.

On King's Day, the Dutch celebrate the birthday of their King Willem-Alexander. To mark this occasion, the royal family visits a different city in the Netherlands each year. This year they traveled to the city of Groningen in the northern part of the Netherlands.

For locals and internationals

King's Day is the largest event held in Amsterdam (the second largest is the Canal Parade - Gay Pride). On this day, the whole city turns orange: the national color of the Netherlands. On average, the event attracts approximately 1 million visitors to Amsterdam, including many tourists from all around the world.

A range of activities take place on King’s Day. In the morning, people can visit one of the many “vrijmarkten” (free markets) where locals sell their used items. In addition, several indoor and outdoor dance and other festivals are held throughout the center of Amsterdam (such as Loveland van Oranje and the Kingsland Festival). 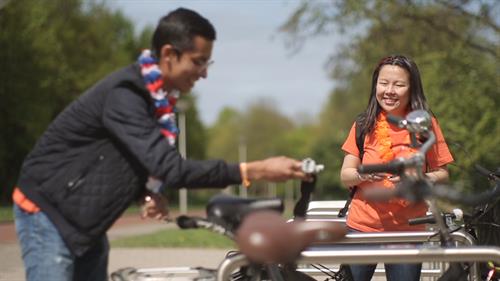 A few months before King's Day, Jorge Cote from Mexico and Jeroen Plantinga from the Netherlands decided to arrange a boat for their fellow MBA candidates. According to Jeroen ''the best way to celebrate King's Day is from the water. The canals are always filled with boats.'' Although it was not easy to find a boat (due to the high demand), they were able to rent one with a skipper for 40 people.

Besides academic activities, it is also important to have social events where the MBA students can spend time with one another outside the classroom. This has allowed them to form closer connections and create friendships that will last for years. Jorge reflects: ''organizing this boat trip was not easy. However, for many of us it was the first time we were experiencing this national holiday, and we wanted to celebrate it in a big way: with our friends and colleagues in the MBA program who have become our family during the last several months.” Yiyao Pat Le, Chinese MBA candidate reflects: “As a Chinese-born citizen who grew up in Shanghai, I have a special affinity for boat trips. Huangpu River separates the city into two parts. When I was 7, my family moved to a different district. From then on, my father took me to school every day from one side of the river to the other. This daily 15-minute ferry trip was our father and daughter time to share thoughts, discuss school-related news and talk about our latest stamp collections. The four-hour King’s Day boat trip reminded me of the old times back home. The carnival atmosphere as I cruised along the UNESCO-heritage canals with my new family – MBA students from 18 nationalities – made me feel like a part of this vibrant city.”

Devengana Arora, Indian MBA candidate, adds: “Celebrating King’s Day with my classmates instilled in me a feeling of togetherness and a sense of belonging. It was something I had never experienced before.”

Check out how our MBA students experienced King's Day.

Amsterdam is the capital of the Netherlands, with a population of around 856,000 citizens. The city is well known for its tolerant attitude and many historical buildings and attractions (such as the Rijksmuseum, Van Gogh Museum and Anne Frank House). In September 2017, Nyenrode Business Universiteit (located in Breukelen near Utrecht) opened a new location in the center of Amsterdam on the Keizersgracht, one of the most prestigious canals in the city.


Nowadays, the majority of the MBA candidates live in Diemen (on the Diemen Zuid Campus), which is part of the Amsterdam metropolitan area. The campus has a direct train and subway connection with the center of Amsterdam, where most of the MBA classes are held.

Follow your MBA in the heart of Amsterdam. Nyenrode's Full-time MBA has a unique focus on Europe, it includes extensive industry exposure and a personal leadership development journey. Applications for September 2020 intake still open. Learn more.