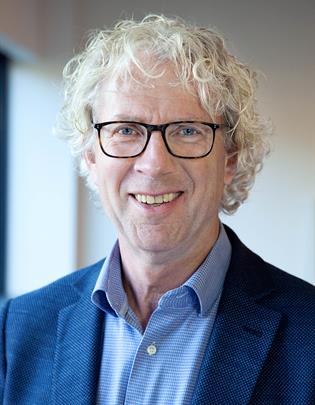 "Today's students will work and live in an environment with new consumers, new competitors, new rules and new business models. Hence, the need to emphasize the impact of New Economic Powers, such as China.”

Haico is seen as one of the leading voices in the field of Chinese economic development and economic relations between the European Union and China. His research focuses on topics such as international trade and foreign investment.

In addition to his work as a professor, he is also a much sought-after guest speaker at business meetings and conferences and gives his opinion on Chinese economic choices in the media

In 2011, Haico, in collaboration with J. Zhang and J. Zhou, published the article “Completion of Chinese overseas acquisitions: Institutional perspectives and evidence” in International Business Review. In 2018, this article was named as one of the 30 most influential articles on the topic of Chinese multinationals.

His latest book on China was published in 2019: 'Unraveling Modern China' (World Scientific Publishing; WSP). The book provides a comprehensive overview of the many transitions currently taking place in the Chinese economy. In 2021, two of his new books will come to market discussing not only China, but the rise of large emerging economies. These books are also published by WSP.

Haico is a visiting professor at several international universities including:

In addition to the above, he was also a visiting professor at the China-Europe International Business School in Shanghai, China, from 1996 to 2006.