Executive MBA alumnus Sjoerd Wennekes (36) talks about his unique mix of educational qualifications. Wennekes began his student days at HKU University of the Arts in Utrecht and started his MBA at Nyenrode Business University a few years later. This combination has paid off. It has resulted in the success of his company Active Cues, which is responsible for Tovertafel. The company now operates in 10 countries and has 45 employees (70 including all international partners). As far as Wennekes is concerned, there is no doubt they will keep expanding all over the world.

Wennekes began the “Design for Virtual Theatre and Games” degree program at HKU University of the Arts Utrecht in 2004. This program combines theater with games: two of Wennekes’ areas of interest. After graduating, Wennekes wanted to continue developing games. “Not the stereotypical kind you might associate with gaming, but creative and artistic games. These are also known as serious games.” He did this by forming his own company: “I come from a family of entrepreneurs, so I’ve never been afraid of starting my own business.” Wennekes wrote a business plan with four of his fellow students, and under the watchful eye of a teacher they “just did it”. Wennekes took part in various meetings and events in order to learn about entrepreneurship. “I had a chronic lack of knowledge,” he admits.


“It was definitely worth it. I was only 26 when I started: I was the youngest and least experienced, but I had a big mouth without being arrogant.”

His enrollment in the Executive MBA stemmed from a pitch competition at Nyenrode, in which participants had the chance to win a spot in the program. Wennekes didn’t win, but he finished in the top ten. The prize was a partial discount on tuition fees. Wennekes shares his golden tip: “When you have to give a pitch, don’t memorize what you're going to say. Instead, ‘read’ your audience and adjust your story accordingly!” The opportunity to study at Nyenrode was one Wennekes couldn’t pass up, which is also the advice he received from those around him.

Alongside his MBA studies, Wennekes continued working at his own company, called Monobanda. They specialized in applied games. The story of the Tovertafel began in 2009 between designer Hester Le Riche and Prof Dr Erik Scherder, based on their shared ambition to improve the quality of life of elderly people with dementia. In 2011, Le Riche connected with Wennekes and his associate Mathijs Konings. The collaboration quite quickly resulted in the first prototypes for applying game elements within this target group. “We didn’t want the research to get lost in an archive, since it would be a terrible waste not to turn this prototype into a product,” Wennekes says.

When Wennekes starts talking about the Tovertafel and its games, his face lights up. “The Tovertafel is aimed at people in the final phase of dementia. Our games activate areas in the brain that haven’t yet been affected by Alzheimer’s. A common problem is that these people have lost their self-activating capacity. This results in boredom and depression, and can also lead to apathy. These factors in turn cause stress for nursing staff and family members. The Tovertafel contributes to a better quality of life.” Wennekes knows how to dream big. His BHAG (Big Hairy Audacious Goal) is therefore: “Creating 10 million moments of happiness in the care sector every day through the use of our technology!” For comparison: one Tovertafel leads to 12 moments of happiness per day.

“During the MBA I quickly realized that you have a much higher likelihood of success as a business if you focus all your efforts on a niche market. As soon as your target group becomes ‘everyone with a pulse’, you actually don’t have a target group at all. That’s why we’ve focused entirely on the care sector in developing the Tovertafel. We get a lot of demand from areas like mainstream education and entertainment, but we’re not interested in pursuing that. We’re here for the care sector.”

“The biggest eye-opener during my MBA was probably that no one really knows what to do. I think this is a sort of public secret, but business is not a hard science, of course. And although there are some amazingly good and even beautiful models that will help you and can make your business grow, it’s by no means a guarantee.” According to Wennekes, the big trick is therefore to constantly keep reassessing and not be afraid to make radical choices. He goes on: “For example, this could mean pulling the plug on a new or existing product that’s still a long way off from giving you a return on your investment. Or replacing board members who have been very valuable so far, but cannot contribute to new goals. As long as you approach your work with an open mind and a positive attitude, you’ll have the best chance of success.”

Wennekes says the company’s success is partly thanks to Hester Le Riche’s immense energy, momentum and compassion, as well as the contributions of his associate, Konings. “The Tovertafel has gone from a startup to a scale-up. This requires a different management style: less pioneering, and more and more procedures. You also need to have a complementary dynamic with your team, and that has worked out for us!”

Lastly, Wennekes is grateful for his education at HKU and further studies at Nyenrode. “Students at the art academy can be very critical towards one another. There is mutual trust, but we were always pretty tough on the content. The business knowledge I’ve gained at Nyenrode has helped me with the corporate aspects of entrepreneurship.” 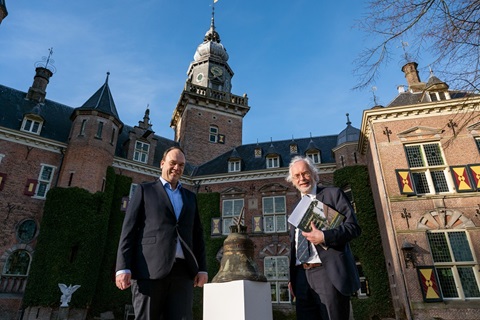 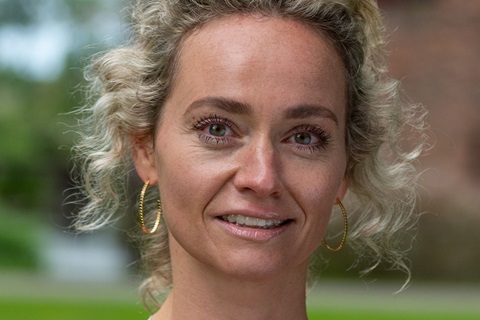 “Be aware of where you are at and act accordingly” 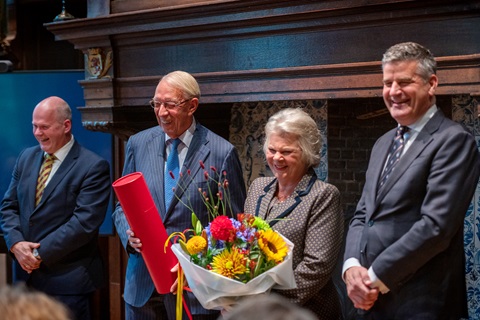