You don’t learn leadership from a book

“You don’t learn leadership from a book; it’s a process of trial and error.” Steven Sijperda was a student in the Full-time Master of Science in Management (FTMSc) program last year. While studying in this Master’s program, Steven also served as chairman of the Nyenrode student association in Breukelen. This role allowed him to take the lessons he learned on leadership and immediately put them into practice.

“After completing my Bachelor’s degree in International Business, I was looking for a university that could give me a strong academic foundation while also offering extracurricular activities to further challenge myself,” Steven says. “That’s how I ended up enrolling in the FTMSc at Nyenrode, and I quickly became interested in joining the board. Following a period of campaigning among my fellow students, I was eventually elected as chairman.” And Steven has no regrets. He was able to take everything he learned in his classes and apply it directly in practice.

Delivering bad news
“I have learned that leadership is broad, and there isn’t just one good leadership style. As a leader, you have to adapt to the people within your team and make sure that you also adapt your leadership style accordingly. This can involve taking on a more facilitating role, for example. That way you can get the best out of everyone and bring different opinions together. As an internal leader within the board of the student association, I ensured that everyone felt at home and I tried to create pleasant group dynamics. I also had an external leadership role: within the association, during ceremonial activities and as the face of the group to the outside world.”

“Stewardship, another core value of Nyenrode, was one of the biggest challenges for me. I see it as responsible leadership: exemplifying good ethics in everything you do,” Steven explains. “As the board, sometimes you have to deliver bad news to good friends. This could mean saying ‘no’ to a committee that wants a larger budget, or imposing sanctions for inappropriate behavior. One of my greatest lessons was that I had to be myself – even when carrying out my tasks as chairman – so that people would know I wanted the best for them, and so that they could accept my decisions as a friend.”

Listen to others
Steven’s tip for the new chair? "Listen carefully to others. Only then will you get to know people better and have the opportunity to bring different viewpoints closer together. I learned that during the Master’s program, and it’s an essential approach to make the right decision. I would also recommend always taking responsibility for your own actions, both good and bad. That’s the fastest way to learn from your mistakes and successes.”

Steven continues: “The program has additionally shown me the value of reflection. I practiced that during my year on the board as well. Those of us on the board regularly talked about each other’s performance and gave each other feedback. That creates good group dynamics in which everyone can share their opinion. You can learn from each other if you are mutually open and honest.”

Value of growth
“During the Master’s program I completed the Finance track. I think private equity and mergers and acquisitions are very interesting, so I’d like to work in those areas in the future, ideally at a large corporation or a Dutch multinational,” Steven says about his plans for the future. “I’m interested in the question of why businesses grow and what the value of growth is. I also wrote my thesis on that topic.” Steven will now start exploring his options, drawing upon the strong network he has built at Nyenrode.

Are you also interested in the master? Learn more about the Full-time Master (MSc) in Management program on: Nyenrode.nl/FTMSc. 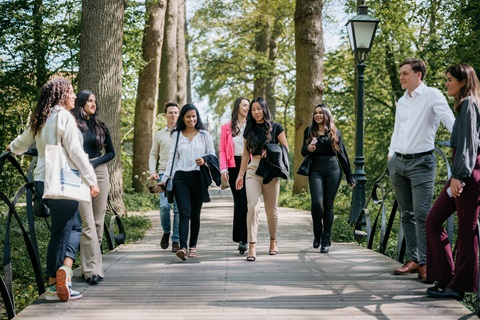 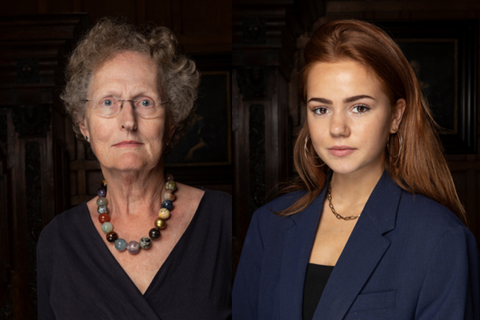