‘In the past sports governance didn’t appeal to me all that much,’ says Esther Vergeer. The seven-time Paralympic tennis champion brought her sports career to an end in 2013, after topping the world rankings in wheelchair tennis for an unbroken run of 14 years. But she hasn’t been taking it easy since then. Besides her involvement in the Esther Vergeer Foundation, which she set up in 2004, she has been tournament director of the AMRO World Wheelchair Tennis Tournament in Rotterdam and was Chef de Mission of the Dutch Paralympic delegation to the Winter Olympics in PyeongChang. She is also one of the nine members of the Dutch Sports Council, set up by former minister Edith Schippers in 2017. Gradually this elite athlete has gained a better understanding of sports governance. This year she will be taking part in the Sports Leadership Program at Nyenrode Business Universiteit.

Esther Vergeer already has a master’s degree in International Sports Management from the Johan Cruyff Institute. Johan Cruijff always argued that sports governance roles should be filled by retired elite athletes and the umbrella organization NOC*NSF is keen to see this too. Driven by her passion for sport and the belief that sport can have a positive impact on society, Vergeer decided to take the next step in her sports career by enrolling at Nyenrode.

Vergeer believes that the key to effective sports leadership is affinity. ‘Knowledge and skills are obviously important, but you need to have an affinity for it, for instance because you’ve always been heavily involved in sport as a participant or volunteer. You need that personal affinity to understand the sport properly.’

‘As an elite athlete, I had to deal with institutes and committees,’ she adds. ‘They always seemed very distant to me. People don’t use terms like “bigwig” for nothing. But that’s not how I see myself at all, and I didn’t want to be that kind of sports administrator. I had my own ideas and, through my work for my own foundation and as Chef de Mission, I’ve often heard that people like my approach and find it refreshing. You must always stay true to yourself. But that doesn’t mean that you can’t learn from others.’

That’s exactly what Vergeer values so highly about Nyenrode’s Sports Leadership Program. ‘We started in April and I’ve learned a lot from the people around me. It’s a fascinating group with a diverse range of backgrounds and experience in the sports world. Everyone is strong enough to reveal their own vulnerabilities. If you don’t have the courage to do that, your leadership skills will be deficient. It’s been wonderful for me to see how other people deal with this.’

Vergeer hopes that the program will help boost her self-confidence. ‘I’d like to be a bit more self-assured,’ she says. ‘The people I know in the world of sports governance come across as very self-assured, but that’s not a natural trait for me. It’s easier in that sense for athletes. If you train hard, you often have concrete evidence at the end of a training session or match that you’re doing the right thing. You’ll see it from the scorecard, or from the medal that’s hanging around your neck. If you’ve got a governance role, you don’t have concrete evidence like that. But often I still find myself looking for confirmation that I’m on the right track.’

The program’s first module was about social impact and legacy. ‘That’s a subject that fascinates me, and my foundation has been working on it in Paralympic sports for quite some time. What do you leave behind and what choices do you have to make?’

Vergeer is also working with NOC*NSF to secure that legacy. ‘In the Netherlands, Paralympic sport is fully integrated within the conventional sport associations. Our country serves as an example to others and we like to project that role. We also implemented a number of small-scale projects in relation to the Winter Olympics in South Korea. It’s not just about the assets we leave behind, but also the knowledge and perspectives we share with the people there.’

Experience as an elite athlete

In her work in sports governance, Vergeer draws on her experience as an elite athlete. ‘The key lesson for me is about staying in control when circumstances change. And exercising influence over those things you can influence, while letting go of the others. I’ve been in a wheelchair since I was 8. When you’re in that situation, you have to deal with a lot. There are some things that you can influence and some that you can’t.’

Despite her own experience, Vergeer doesn’t believe that you necessarily require a career in elite sports to succeed in sports governance. ‘In sports governance, just like in any form of governance, you need a good mix of people and qualities. The experience that former elite athletes bring to the table is valuable. I contribute experiences that others don’t have, but people from a different background can contribute valuable experiences too. Sports associations and umbrella organizations need to think more commercially and that requires the necessary knowledge and experience.’

What are Vergeer’s ambitions now in the world of sport and sports governance? ‘It’s difficult to set a concrete objective. I’m happy with my foundation and I really enjoyed being Chef de Mission in PyeongChang. We’ve still to got to evaluate that role and talk about possible next steps.’

Vergeer is mainly focusing on the things that she’s interested in. ‘Things that I feel a real connection with and that I have an affinity for. I also like variety. I enjoy recreational sport, but I also like top-level sports events. Maybe some international opportunities will come along too. I’m open to anything.’


This article was also published on Sport Knowhow XL.

The Nyenrode Sports Leadership Program is a 1-year international program developed by and for the very best managers in the sports world. For instance, as a participant you will receive guidance from the coaches from Phoenix Education during your Personal Leadership Development Journey. This challenging program will teach you how to become an inspiring leader and how to handle the complex, demanding and often emotional situations that arise in sports management and coaching. 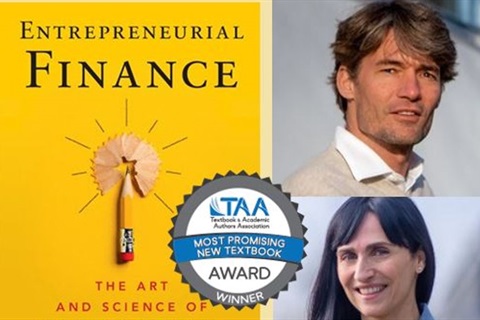 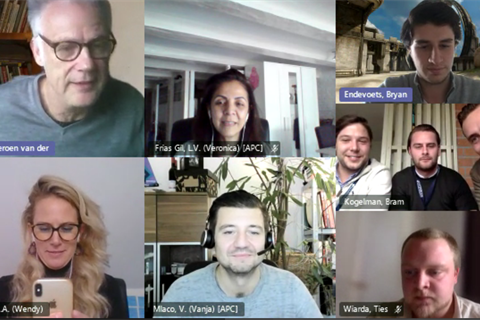 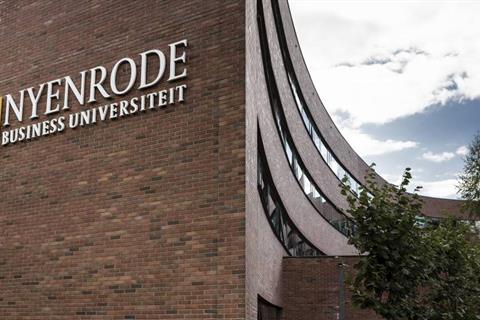