This year marks the 75th anniversary of Nyenrode Business Universiteit. It was a men’s stronghold for the first 25 years, but from 1972 women were also welcome to pursue their education. What was it like for the ladies who came here as one of the first to study? How did the men react? And how different are things now, in 2022? Jonneke Brunet (68) and Rika Zaat (22) have the floor. Jonneke studied at Nyenrode 49 years ago; Rika is currently following her Master of Science in Management in Amsterdam.

When Jonneke started at Nyenrode in 1973, only ten percent of all students were women. She remembers well when the pastor and the priest came to visit. "We were given tips on how best to behave as girls. We were told not to drink too much, because things could get out of hand with so many men around us. Fortunately, that was not so bad. The boys were very polite. They all wore jackets and offered us a light. The special atmosphere at the castle contributed greatly to that. It was a privilege to be able to live and study in an almost fairy-tale environment, especially in the winter when we could skate around on the pond." 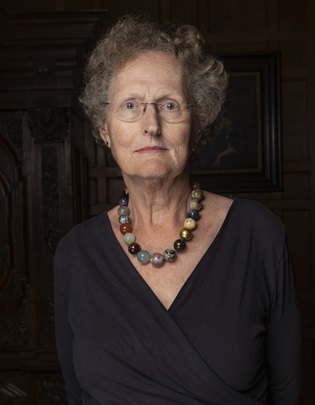 One shower room for boys and girls

Yet there were also things that the men in particular had to get used to. Whereas before they had a large shower room with eighteen shower heads to themselves, suddenly female students started using it as well. "The first year we had our own wing with only women," Jonneke explains. "When that became too small, my roommate and I were added to the men’s room in the Koetshuis. We agreed that the boys were not allowed in the shower room if the shower curtain was closed. Especially after sports, when everyone wanted to get freshened up, this was sometimes a little awkward. By the way, sport was the only subject we did separately from the boys, which to us was very strange, because why couldn't we play together? Yet the four obligatory sports hours per week were of great added value to me. Sport encourages teamwork, which was something that has helped me throughout my entire career."

Rika doesn't experience any difference between boys and girls at Nyenrode these days. "I think the breakdown is about 50/50 now. And fortunately, as a student you’re no longer treated differently from your male fellow students. There are certain specializations that attract considerably fewer girls; such as mine: Financial Management. That is still a man's world. When I chose Management and Organization in high school, I was - strangely enough - not always taken seriously as a girl. This made me feel insecure. Could I do this? Should I perhaps choose a different academic path? Now I don't let myself get influenced by others anymore, and I know that I can also stand my ground in this field."

Studying in the evenings

After her studies, Jonneke worked in various logistics and support roles at the Vroom & Dreesmann. When she got children, she stopped working and studied tax law in Leiden in the evenings. "Thanks to Nyenrode I had a fantastic base; however, I hadn’t developed a specialization yet. After studying tax law, I became a deputy inspector with the Tax Authorization and held various management positions. On paper they were wonderful positions, but they were not for me. I didn't feel at home there at all. After that I worked for a considerable time at the Ministry of Finance, where I felt completely at home." 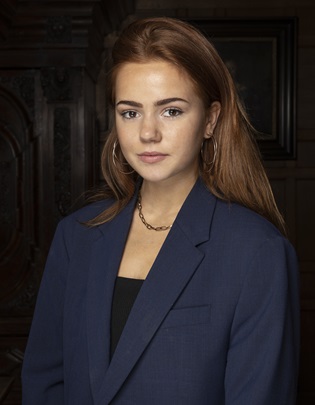 Rika didn't stick to just one study either. After her bachelor's and master's, which she completed elsewhere, she felt she wasn't done yet. "I just really enjoy studying. Nyenrode had been on my mind for some time. Two of my nieces studied here. I actually see them a bit as my role models; they’re both very successful. When I was still in high school, I was already enjoying their stories about Nyenrode. I wanted that too! And now I am following my Master of Science in Amsterdam, something completely different from what I did before. Subjects are updated every year and the teaching material is much more attuned to the business world. Companies regularly come along and you can pitch for them. That makes the material very practical and concrete."

Rika's master's has been made possible in part by the American Friends of Nyenrode University (AFNU) scholarship. "I had to submit my grade list and had an interview where I was asked to substantiate my motivation. This was followed by a few more interviews and finally I got the green light from alumnus Alexander Roepers. It's great that I’ve been given the opportunity to study here. I am very grateful to him. I hope that later, when I have a good job, I can do the same for a student for whom studying at Nyenrode would otherwise not be possible."

Curious about the other stories? Read the interview with Ans and Renée and the story of Margaret and Charlotte here.

With thanks to photographer: Nancy Poeran