This year marks the 75th anniversary of Nyenrode Business Universiteit. For the first 25 years, it was a men's stronghold; however, since 1972, women were also welcome to pursue their education. What was it like for those ladies who were the first to study here? How did the men react? And how different are things in 2022? Ans Carels (67) and Renée Smulders (22) have the floor. Ans studied at Nyenrode 49 years ago, Renée is currently in her third year of a Bachelor of Science in Business Administration.

Going to Nyenrode was for Ans anything but self-evident: "Studying was not something a girl in my time did. And if you did go to a university, it was often just for the first year. Then you found a husband and stopped working. Or you became a nurse or a teacher. But I had a different dream; I wanted to become a journalist. I wanted to study a wide range of subjects and write about them. But I came from an entrepreneurial family where the School of Journalism was considered a leftist bastion. So I could just forget about that. The decision to go to Nyenrode came when my brother took me to a party here on campus. It was love at first sight!”

"I never could get Nyenrode out of my mind“

For Renée, too, visiting the campus was the deciding factor. "I had never seen anything like it before, only in movies. Nyenrode impressed me on my first open day; however, I still decided to study in Tilburg first. That was easier to combine with my work as a town councilor in Valkenswaard. At that time, I was the youngest female councilor in the Netherlands and had to meet in Valkenswaard twice a week. Tilburg was easy to get to, but it wasn't really my thing. I found the university way too big and impersonal. I could never get Nyenrode out of my mind. When I went to take another look, I was convinced. This was what I wanted!”

"Now was the time to start listening to myself"

After graduation, Renée wants to go to Lille to continue her studies. "I have always lived in the Netherlands. During my internship in Uruguay, I experienced how cool it is to get to know new countries and cultures. I can imagine a career in a foreign country!" Ans has now found her peace. At a young age, she held senior positions at companies such as L'Oréal, Hoechst, and Nestlé. After her father passed away when she was only 34, in her own words, ‘her flower bloomed. "I quit my job – much to the shock of the people around me, but it felt very natural to me. Now was the time to start listening to myself. I took my first steps into the world of meditation, became a personal consultant, started taking courses, wrote a book, and started painting." 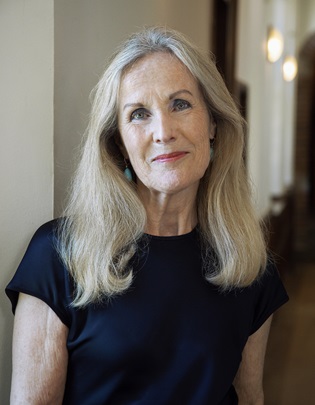 Women were welcome to study at Nyenrode for the first time a year before Ans started studying there. "But we were still a very small group," she laughs. "I think just about ten percent. What did the men think? The vast majority didn’t share their thoughts about this. Then there was a group that was very much in favor; unfortunately, there was also a small group against it. The latter group asked us in the Cellar Bar what the hell we were doing there. After all, didn't we belong in the kitchen?" Renée reacts in outrage when she hears how Ans and her female fellow students had to fight for their place. "What an insult. I would’ve thrown my drink in that person’s face! I'm glad things are very different now. You do notice that the guys act out a little more when the new students show up, but that fades away soon enough."

If you ask Renée about her most memorable Nyenrode moment so far, she answers adamantly: "When I was asked for Ladies Dispute Bijoux. I still find it very special that at such a young age I could join this beautiful club with so much history. Bijoux has been around since the early 80s. We get together a few times a year, even with ladies who graduated over thirty years ago. Those vertical friendships are incredibly valuable to me."

A good balance between personal life and career

To conclude this conversation, Ans would like to give Renée and all the other young women two more tips: "Support each other! Madeleine Albright, diplomat and female Secretary of State of the United States wrote the following: ‘There's a special place in hell for women who do not support other women.’ In the 1980s, all women were willing to help each other; there seems to be less of that today. The path has been paved, but it is not yet a highway where you can easily join. That's why Ans took the initiative in 1975 to establish the first women's fraternity, Magnifica, at Nyenrode. And, just as important: find a healthy balance between your career and taking good care of yourself. I, too, have seen how easy it is to forget yourself if you just keep working hard. If you eat healthy, go to bed on time, and spend time on your spiritual development, you'll keep up that hard work a lot easier. Which is important, because by supporting each other and being well-balanced, you make sure you can be assertive in a healthy way, which in turn ensures you don’t throw your ambitions overboard so quickly."

Curious about the other stories? Read the interview with Jonneke and Rika and the story of Margaret and Charlotte here.

With thanks to photographer: Hester Doove