The Sports Leadership Program at Nyenrode Business Universiteit has been running for two years and a number of new participants joined in April 2018. They include Wouter Gudde, former professional footballer and now commercial director of the Rotterdam-based Eredivisie club Excelsior. He is very hopeful that the program will ‘hit the back of the net’ in pursuing its goal of helping participants make a lasting impact in the sports world. ‘At Excelsior we want to increase our commercial value and become more firmly rooted in society, for instance through our Foundation and the good causes it pursues for the people of Rotterdam. So we’re talking about what we can achieve over a 25-year period. That’s what you would call a lasting impact’, Gudde says.

it’s still what occupies him  on a day-to-day basis. Nowadays Gudde is commercial director of Excelsior, but at a small professional football club like this one, that means he also gets involved in technical or general affairs now and again.

From tracksuit to business suit

Wouter Gudde’s own days  as a footballer are behind him. His father, Eric Gudde, was previously managing director of Feyenoord and is now director of professional football at the Dutch football association KNVB. Wouter Gudde himself played in Feyenoord’s youth team, until a knee injury forced him to play with the amateurs club Excelsior Maassluis. Later he returned to professional football, playing for Sparta, RKC and his current club Excelsior, before swapping his tracksuit for a business suit in 2011.

‘But I don’t think you need to be a former player to do a job like this in professional football,’ he says, shutting down any discussion on the matter. ‘You can learn and grow in a role like this without having that prior history. But you shouldn’t make the mistake of coming in from the business world and thinking that you know everything. Because that’s not how it works either. The sports world, particularly football, has a dynamic of its own. Emotion plays a much bigger role than in business. You’re dependent on the team’s results on the pitch. If Excelsior gets relegated, then that’ll be a problem for me as commercial director.’

‘We’re going to visit UEFA and the IOC in Switzerland. That trip will be all about governance, legal and finance’

Working visits as part of the program

Gudde joined the program at Nyenrode Business Universiteit in April, perhaps precisely in order to help him function effectively in amongst competing forces. He explains that the program is divided into four blocks and runs until November. ‘We spend two blocks of five days in Breukelen, then a couple of days in Lausanne, Switzerland, and then more than eight days in Portland, Oregon in the United States. The US trip includes working visits to the university there, where they’re at a very advanced stage with e-commerce, and to Nike’s headquarters in Beaverton. I think that’s going to be really interesting and I can hardly wait. We’re also going to visit UEFA and the IOC in Switzerland. That trip will be more about governance, legal and finance, and will include a variety of field visits and speakers.’

Excelsior has no need to fear that Gudde, who got his bachelor’s degree in business administration from Erasmus University Rotterdam, will be handing in his notice any time soon. He is taking the program with the agreement of his employer, and will be doing so alongside his work. ‘I’ve got an intake interview soon and that’s related to the overarching assignment, a major part of which is reflecting on how the program fits within your future personal and managerial plans, and the direction in which you want to develop. 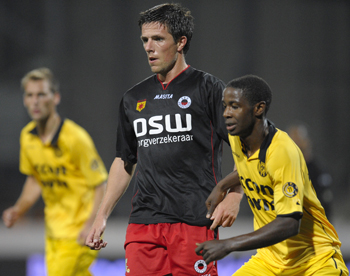 The next step in his personal development

Gudde still sees himself as ‘relatively young’, and has been surprised by how things have developed for him so far. ‘I stopped playing professional football at age 26, and I was able to develop in the workplace at Excelsior without feeling under pressure. Now I hope to take the next step in my personal development. At first I thought I might become technical director, but I’ve gone off that idea. I’m still interested in scouting and developing our youth training program. But sitting down with the technical staff and shaping the first team and the selection doesn’t appeal to me so much.’

‘That surprised me. But now I’m really moving in more of a commercial direction, seeing new things and talking to lots of people about new developments. And going forward, that’s the direction I see myself moving in. This may mean further development with Excelsior first. But I don’t rule out the possibility of moving to completely different sports organizations or even ending up outside the sports world.’

During the Sports Leadership Program, Gudde hopes to learn more about doing business. ‘There’s more to the world than just sport.’ Nyenrode Business Universiteit says that it wants to help people make a lasting impact. What does Gudde understand this to mean?

‘In first instance I think of what it means to my current employer Excelsior. At the club we’re considering whether we can move to a bigger stadium and we’ve been talking to the city council about it. We’re also aware of our unique position, so close to the campus of Erasmus University Rotterdam. What’s more, we want to increase our commercial value and become more firmly rooted in society, for instance through our Foundation and the good causes it pursues for the people of Rotterdam. So we’re talking about what we can achieve over a 25-year period. That’s what you would call a lasting impact.’


This article was also published on Sport Knowhow XL.

The Sports Leadership Program at Nyenrode Business Universiteit has been running for two years. This program brings sports professionals into contact with innovative thinking and an academic approach to sports leadership. The program’s key challenge is: ‘How can we help you to making a lasting impact in the sports world?’

More than fifty participants have now completed the program, including directors and supervisory directors of football organizations, former world and Olympic champions, top-level coaches, cycling team directors and professionals with other kinds of backgrounds in sports. Over the next few months a range of lecturers, alumni and partners of the program will be interviewed on the subject ‘New leadership in sport.’ 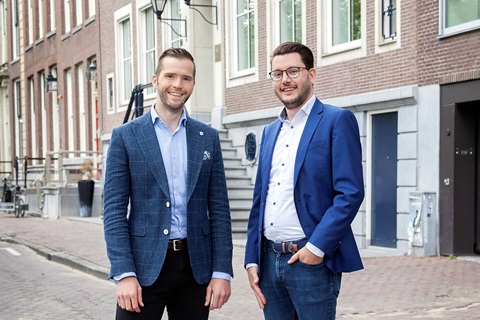 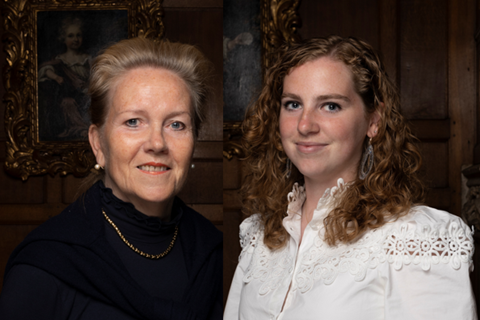