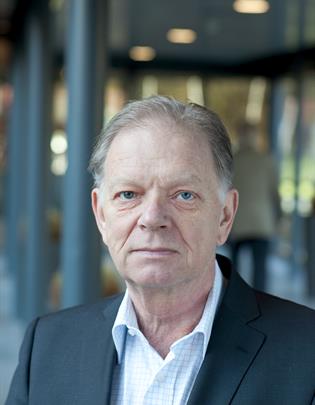 Arie Buijs is Emeritus Professor at Nyenrode Business Universiteit. He teaches in the field of Quantitative Methods in several MBA-programmes. Since 2007, prof. Buijs is chairman of the "Centrum van het Familiebedrijf" (Family Business Center) and member of the of the advisory board of the institute for Innovation and Entrepreneurship at Hogeschool Utrecht.

He has a number of visiting professorships at universities in the USA, South Africa and China. Since 2001 he serves as a professor of Finance and Investments at the Utrecht School of Economics, University of Utrecht (UU). Currently he holds the position of director of the UCEME (Utrecht Centre for Education in Management and Entrepreneurship). He also holds a permanent position as a visiting professor in Finance and Investments at the Nelson Mandela Metropolitan University in South Africa.
Arie obtained his bachelor’s degree in Physics and Mathematics at Utrecht University. He has a master’s degree (drs.) in Applied Mathematics from Utrecht University. He also has a bachelor’s degree in Dutch Law from Utrecht University. In 1996 he earned his PhD in Finance at the Vrije Universiteit in Amsterdam. His career started in 1972 as an assistant professor at the University of Amsterdam.  In 1975 he joined Nyenrode and in 1978 he became the chairman of the department of Quantitative Methods of Nyenrode. In 1992 he joined on a part-time basis the Vrije Universiteit in Amsterdam as an associate professor in Investment Management. From 1994 - 1996 he was appointed as a professor of Business Management at the University of Port Elizabeth, South Africa. After that he became in 1997 a programme director of the postgraduate programme on Treasury Management at the Vrije Universiteit in Amsterdam.