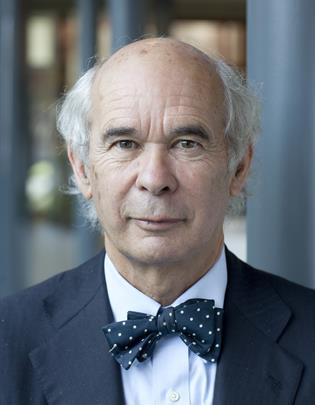 Following his studies at Nyenrode University, The Netherlands Business School (1968), Fred Lachotzki obtained his MBA degree at the University of Oregon, United States of America.  In 1975 he followed the PMD program at Harvard Business School. He began his business career with Koninklijke AHOLD N.V. in 1971 where, amongst other duties, he served in the capacity of President for several of the divisions. In 1981, he received the Dutch Sales Manager of the Year Award.

In 1984, Fred Lachotzki was appointed Vice Chairman of the Executive Board of Unigro N.V., a major Dutch wholesaler. Following five years with Unigro, he joined ASKO AG, a publicly traded German Retail Company, as a member of the Executive Board, and became Vice-Chairman. He left the company in 1992.
Professor Lachotzki has served on the boards of Interdiscount AG  (Germany), Co-op (Germany), Virgin Retail (UK), FDC Furr’s (USA), PRG (USA), DKV Nederland (Netherlands), Hans Anders (Netherlands), Frog Navigation Systems (Netherlands), Business Art Services (Netherlands), Codi International (Netherlands), Merison retail (Bunschoten, the Netherlands), Hevea B.V. (Raalte, The Netherlands and Unisono (Beijing, China). He was also member of the supervisory board of MeyerMonitor (Amsterdam, The Netherlands). As of May 2007 he is treasurer Cultureel Erfgoed Portugees Israëlitische Gemeente.
Fred is co-author of the book, ‘Beyond Control’, aligning Strategy and Execution through Corporate Dialogue; in 2007 and 2008 he has published several board related case studies.